On Wednesday, February 19 at 11 a.m. Pacific time, Journalism that Matters will host a hangout with David Cohn to discuss his experiences as an entrepreneur and to talk about how circa is changing the shape of news on mobile devices. Please join us.

The way people consume news has radically changed over the past twenty years, but the basic story structure has remained essentially the same. But what if the news itself were reimagined for our mobile-first hyper-digital world? 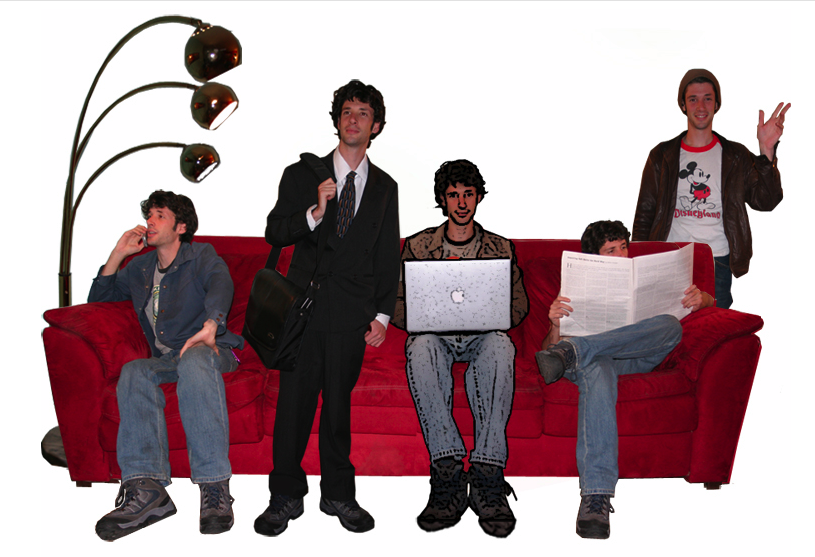 That’s exactly what JTM-alum David Cohn, who founded Spot.Us is now doing at circa, a mobile-only app that has taken the news apart into its most tiniest components and reassembled it in a new way.

“We don’t write articles. We tell stories and those stories persist over time,” said Cohn. “We can keep track of what a person has read or not read… as a result we can prioritize for each individual.”

Each story on circa is comprised of fragments of information that are written by circa’s 11-person editorial team. These pieces are then stitched together to create a story like a set of building blocks stacked on top of each other. It’s a little bit like the way young students are taught to write a research paper by putting each individual point on a separate strip of paper and then sorting them out and arranging them on their desk before assembling a rough draft.

Like Wikipedia, for every circa story each of these nuggets includes a citation to where the editor obtained that fact. This process creates stories that can be easily updated as new information becomes available and the stories are customized to put new information above the facts a user has already read.

Although the team doesn’t do any boots-on-the-ground reporting, they do corroborate information and communicate with sources to ensure their stories are as complete and accurate as possible.

In many ways circa represents the next step in the atomization of news. Before the Internet, the basic unit for news was the publication itself, pointed out Felix Salmon last week in a blog for Reuters. Sure, you could clip out an article to send to your cousin, but people subscribed to a limited number of publications and weren’t exposed to many news stories outside of those newspapers and whatever they saw on television.

As people began to rely on Google to search the Web and news sites, the basic unit shifted to the article itself. Now, with Twitter, it’s shifting to the individual facts themselves as people tweet and then retweet 140-character updates on everything from the deaths of celebrities to Supreme Court verdicts and breaking news.

In the same way that CNN led the evolution of television news in the 1980s, Cohn sees circa as a leader in producing news for mobile devices. The company is not only changing the way people engage with news but developing the technology to make that possible.

Circa allows people to read stories and identify new developments faster than they can by reading stories on a typical news site. This is increasingly important in general, but even more so when it comes to people consuming news on their phones during momentary lulls in their busy days. And circa makes it possible to dig deeper into any stories by linking every reported detail to another publication or the original primary source material where the information was first reported.

Cohn said that if other publications were to adopt this granular approach to news he would see it as a “huge validation for what we’re doing.” But such a change won’t be easy, he said.

Though the reporting process itself would essentially remain the same, circa frees reporters from writing a new article every time there is something new to share. The approach also changes the way reporters relate to the stories they work on as anyone from the team can inject a new point into a developing article. These points can also be used in multiple stories, and transition are typically avoided.

While circa doesn’t do a lot of original reporting and relies on other news sites in much the same way that the AP wire service depends on its local members, Cohn said that if that source material were to evaporate it would be a boon and not a disaster.

“If all the newspapers ceased to exist that would actually create a market opportunity,” he said. “We don’t (do original reporting) right now because we don’t have the manpower.”

But unlike Spot.us, Cohn’s nonprofit organization that brought crowd-funding to journalism before Kickstarter made it a household term, circa is a for-profit company with the resources to ramp up their editorial team. While the annual budget for Spot.us never crested above $170,000, circa has raised more than $1.5 million. Cohn said that part of the reason circa has been so successful at raising money is because the company was founded by Ben Huh whose Cheezburger network of Web sites, which includes I Can Has Cheezburger and FAIL blog generates more than 350 million page views a month.

“For better or worse, money follows money,” said Cohn. “And that was true in the nonprofit world as well as the for-profit world.”