On Friday, January 10 at noon Pacific time, Journalism that Matters will host a hangout with Susan Mernit to discuss Hack the Hood and Oakland Local’s other initiatives.

If a news outlet is going to serve the community it must serve the community. Though the sentiment seems obvious — and is true by definition— it is a principle that Susan Mernit and her team at Oakland Local have truly taken to heart. 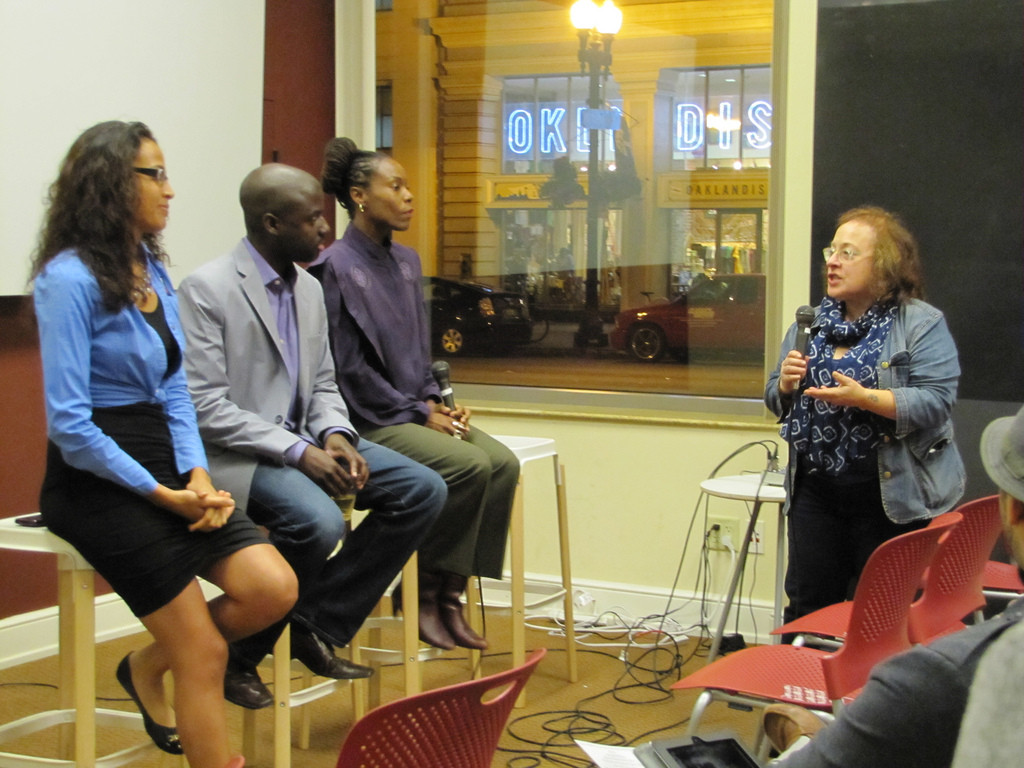 Since its 2009 launch, Oakland Local has published a wealth of original reporting while aggregating additional content and showcasing reader submissions. The site is one of two major hyperlocal news sites that serve the 400,000-person city located six miles east of San Francisco.

The other, Oakland North, is one of three hyperlocal sites run by the Berkeley Graduate School of Journalism and focuses on the primarily wealthier neighborhoods in the northern part of the city. But Oakland Local has from inception sought to tell stories from every community including the poorer neighborhoods in East and West Oakland where the rate of crime continues to haunt the city’s reputation to outsiders.

The reporters and other contributors to the site comprise a diverse group that strives to be representative of a city where one quarter of its inhabitants are black, another quarter are white and another quarter latino. This diversity is demonstrated by the breadth of stories featured on the site. The remaining quarter is comprised of people identifying as Asian and those of mixed-race backgrounds, according to the 2010 census. 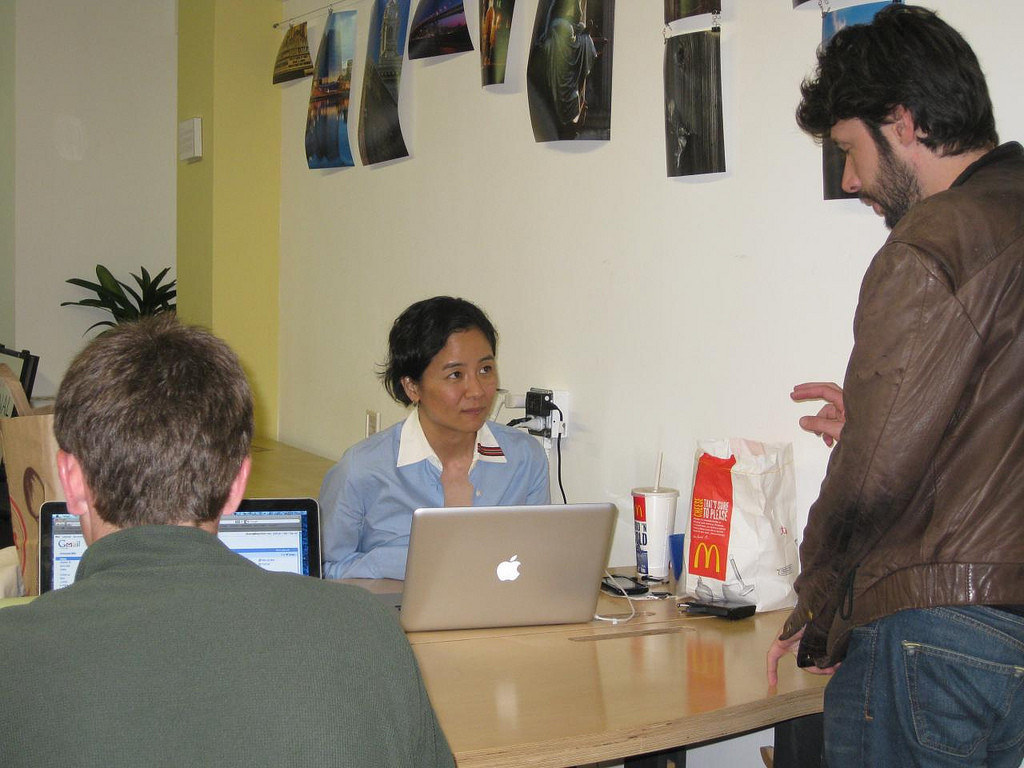 From coverage of the city council meeting, to the violence in the streets, to the rampant gentrification caused by the newest tech boom that’s pricing thousands of people out of San Francisco, Oakland Local seeks to tell as many stories from as many perspectives as possible.
But the people behind Oakland Local are doing more than telling stories. After establishing themselves as a news outlet, they began exploring how they could further serve their community.

“What can we do to help people in Oakland get jobs and get better jobs? What do we know that can support economic development?” asked Mernit at the time.

The answer turned out to be Hack the hood, a partnership between Oakland Local, The Center for Media Change, and United Roots Oakland. The program trains low income youth in multimedia and other tech skills who then apply that training to build web sites for local business and nonprofits in their community.

“The most important purpose of the project is to help the kids get skills,” said Mernit. “Most of the kids we dealt with had no soft skills. They didn’t understand how to look someone in the eye and shake their hand. They never had a job where they had to do that.” 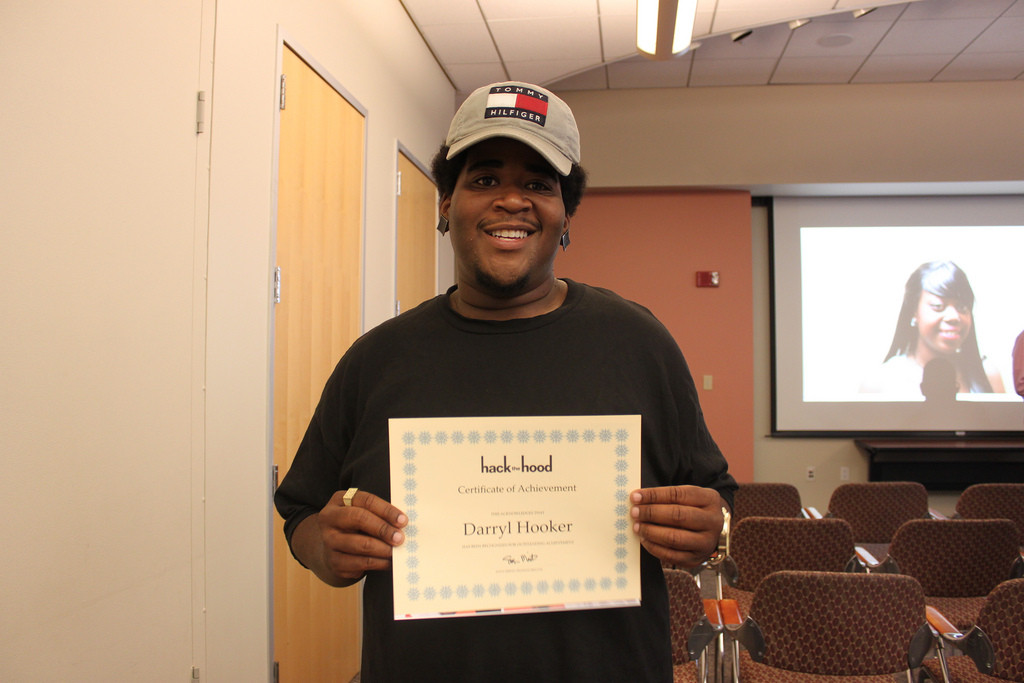 Not only do the students learn these highly marketable skills, but the program also introduces the youth to people working in the industry. Some of the students even had a chance to meet a Facebook employee from East Oakland.

For young people whose only exposure to real economic success are stories of the drug dealers, pimps, rappers and ball players from their neighborhood, I’d imagine that meeting someone from their neighborhood who is making enough from a legitimate career in order to thrive in the Bay Area could be quite inspiring.

“I think that the people in tech who responded to our requests for help really do understand the process of digital inclusion,” said Mernit. “People who work in tech in Oakland were really supportive of this project.”

The youth who participate are also paid for their efforts.

“We’re in a poor community,” said Mernit. “We respect their need for money— and their time.”

During the past summer the 18 students involved in the program created a total of 70 web sites and helped get these local merchants listed on social media.

Although this initiative would at first seem like an ingenious way to create new local advertisers who would otherwise have no reason to advertise on the web, it turned out that such an endeavor wasn’t actually practical.

“We thought about that,” said Mernit. “But we think local advertising is really broken so we haven’t expended efforts to get these local businesses up on Oakland Local. These businesses are pretty marginal.”

The site hasn’t given up on the advertising model, however, Oakland Local continues to run banner ads from several local businesses and the organization has a third site that may prove to be a solid revenue generator.

Oakland Local has partnered with the Kapor Center for Social Impact to create Live Work Oakland, a new site focused on the city’s burgeoning tech industry. The site includes technology-related news and prominently features a map of tech-related initiatives based out of Oakland along with a directory of the organizations included on the map.

In addition to that site, Oakland Local also has a program that combines in-depth reporting on Oakland schools with a variety of student-driven storytelling.

“A lot of it is driven by trying to find a sustainable business model,” said Mernit. “There’s just a giant self-limiting factor in trying to grow the ad base.”

But with so many projects linked together, Oakland Local hopes to become increasingly attractive to advertisers as it puts focus on expanding that revenue stream in the new year.

“We haven’t started to do that yet at all,” said Mernit. “That’s what we have to do toward the end of Q1. We’re still very much in the planning stage with all of that.”

On Friday, January 10 at noon Pacific time, Journalism that Matters will host a hangout with Susan Mernit to discuss Hack the Hood and Oakland Local’s other initiatives.

Disclosure: I have previously contributed stories to both Oakland Local and Oakland North.