As they settled in to focus on the current and future challenges in independent journalism, the participants at the gathering Supporting Independent Journalism to Thrive began by trying to map out the news ecosystem, who is in it, and how the various elements relate to one another.

When considering the relationships among media associations, funders, audience, journalists, community, media activists, entrepreneurs, independent media outlets, ethnic media, legacy media and more, it moved those in the room to articulate some hard truths and some pathways to building stronger relationships. 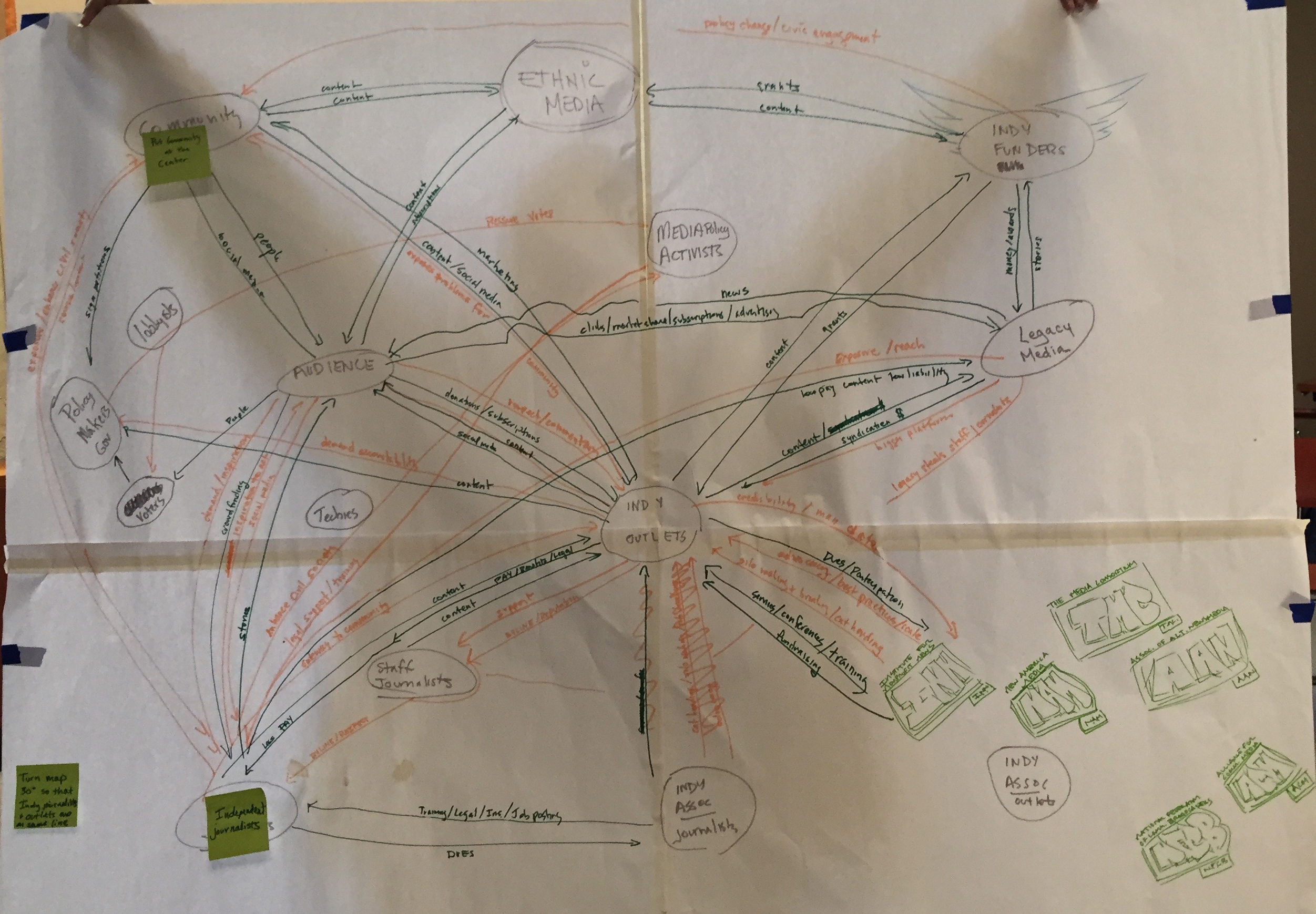 The aim was to stimulate a conversation and it did. The discussion was the first step towards the group realizing that no matter how much we explored the relationships between independent journalists and the media outlets they produce news for, or between media associations and funders, for example, it’s the community and the audience that ended up being at the center of the entire news media landscape.

That led them to set aside their chart, which was deemed a work in progress, and recast the news ecosystem in their minds with the “community” and “audience” at its heart as they continued to discuss for two more days how to strengthen independent journalism and make it more resilient to survive the tides of change.

The ultimate conclusion for many by the end of the Pocantico gathering was that audience and community can provide independent journalism with its strength, broaden its power and influence, increase and embolden its allies, and lead to more paths to revenue and economic sustainability.

Questions and comments that surfaced in that initial assessment, some of which were fleshed out some more during the gathering, included:

For some, the news ecosystem should be looked at as a “hub and spoke” model functioning like the internet, where if certain elements fail, it keeps functioning and moving forward. Still others saw the independent journalism world as a constellation of entities, all with large differences and varying degrees of subtle successes, who needed to be connected to share ideas and work together to gain strength and influence.

But by the time people left The Pocantico Center, there was no denying that many looked to the audience and the community as the heart to give it strength and to keep it all going.