While young tech millionaires dominate people’s perception of the Silicon Valley, the area South of San Francisco remains diverse with many working class families whose lives are only tenuously connected to the tech industry.

More than 10 years ago Raj Jayadev helped create Silicon Valley De-Bug to provide a platform for these voices that would otherwise be drowning in a sea of techsploitation. At the time he was one of the many young temp workers who had a job on the assembly line producing computer equipment. De-Bug began as a sort of zine that Jayadev wrote and printed with a handful of his colleagues.

“What we’d do is we’d hand out the magazine ourselves. We’d go to lunch trucks during shift breaks,” said Jayadev. “It was the first time that they were seeing themselves reflected in the media.”

When people would offer ideas for the magazine, the crew would invite them to tell their own story in De-Bug. Each week the growing number of contributors would gather at a Pho restaurant in downtown San Jose where they not only discussed editorial issues but also came together as a community.

“The De-Bug umbrella became the touchstone for anyone that wanted to find community. … People that wanted to define themselves by their own terms,” said Jayadev. “The writing was just a by-product.”

Today, those manufacturing jobs that catalyzed the creation of Silicon Valley De-Bug are gone, but the organization and its community remain strong and resilient. The nonprofit organization has five full-time staff members, three part-time employees and a team of about 30 regular volunteers. 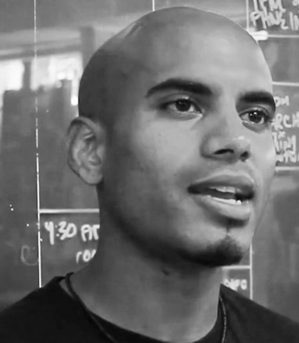 “There’s this image of Silicon Valley being a place of innovation and entrepreneurial spirit, but that’s not just true of the techies,” said Jaydev. “The organizing needed to be innovative too. We had to make innovations in how we fight for voice for people. … Just like a tech company would have to be innovative to survive we’ve had to innovate to survive as a social justice organization… That spirit of ingenuity and innovation persists — not just in an Apple commercial.”

One of those innovations is the Albert Cobarrubias Justice Project, the organization’s initiative to translate community organizing methods to the criminal justice system. Cobarrubias was a De-Bug volunteer who was gunned down in the San Jose neighborhood where he grew up. The 31-year-old had recently graduated from San Jose State University and planned to become a lawyer.

The program grew out of work De-Bug was doing to support young people who felt that they were being unfairly targeted by police. As the group began looking into these arrests they learned that San Jose was making more arrests for public intoxication than any other locale. The majority of those arrested were hispanic.

Although Jayadev and his colleagues had experience doing community organizing around police issues and had experience coordinating rallies and press conferences, when it came time for court the group felt compelled to defer to the lawyers. Jayadev said they realized they were “relinquishing control and power at possibly the most important time,” but “the courtrooms are for lawyers.”

That all changed when a former public defender who was working with De-Bug told them that they should reach out to the defense attorneys to ask questions and explained that they have a right to attend court proceedings.

“It struck us like a lightning bolt,” said Jayadev. “Initially a lot of the attorneys were just sort of curious about us. They didn’t know how to handle us. We were just sort of a new animal in the courtroom.”

Now the public defenders and court-appointed attorneys assigned to indigent clients are the ones coming to them, he said.

The Project has pioneered the use of short biographical documentaries in the courtroom to help people facing jail or prison. These five-minute videos help the families of the accused to tell their stories with the context and impact that simply isn’t possible through traditional testimony or a letter to the judge, he said.

“We’re actually not making a judgement call on innocence or guilt,” said Jayadev. “What we do with video is we can actually visually show you these hardships. … It’s up to the judge and prosecutor to decide the authenticity and the value of the story.”

In the four years since the project’s launch, the organization has helped dozens of people facing hundreds of years in jail or prison.

Now Silicon Valley-Debug is trying to seed these videos in other communities. They’ll be giving a presentation this week at the National Legal Aid & Defender Association’s annual conference in LA this week and have a talk scheduled in Atlanta later this year.

“What we’ve found when we’ve talked to groups nationally is that there isn’t a sense that families who are facing charges can have a direct impact on their case,” said Jayadev. “I do think that this is hopefully something that can help balance the scale.”

On November 19, the Northern California chapter of the Society of Professional Journalists will award Jayadev the Silver Heart award “for his extraordinary dedication to helping empower marginalized members of society.”

One thought on “Community Journalism to De-Bug the System”