Click this and other images to view them larger!

With focus titles like “Create or Die” and “Rebooting the News” it’s easy to tell that JTM “unconferences” are stimulating, eclectic mash-ups that foster exciting innovations and unusual collaborations. Encouraging out-of-the-box thinking and interactions using open space and other modern communication technologies, during JTM unconferences participants choose what topics to discuss and develop ideas in fluid group sessions.

In partnership with the Agora Journalism Center at the University of Oregon’s School of Journalism and Communication, journalists, community connectors, educators, and others gathered to consider journalism, community engagement, and impact.

Moving from mourning to building –- Rallying for the future of news and communities at the University of Denver’s Estlow Center.

130 journalists, librarians, educators, students, and others considered what’s possible when journalists and librarians come together? 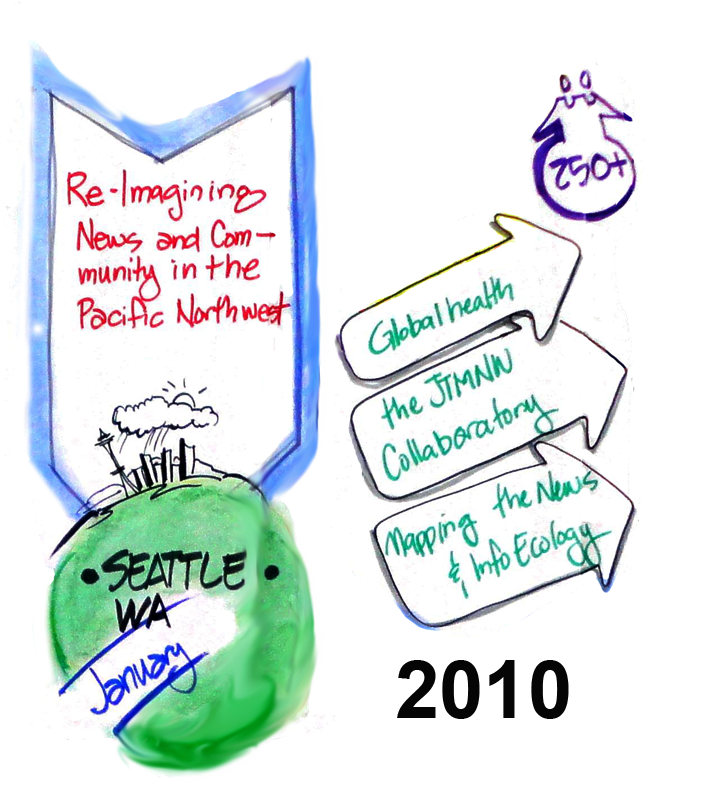 Re-imagining News and Community in the Pacific Northwest – Seattle – January 7-10, 2010 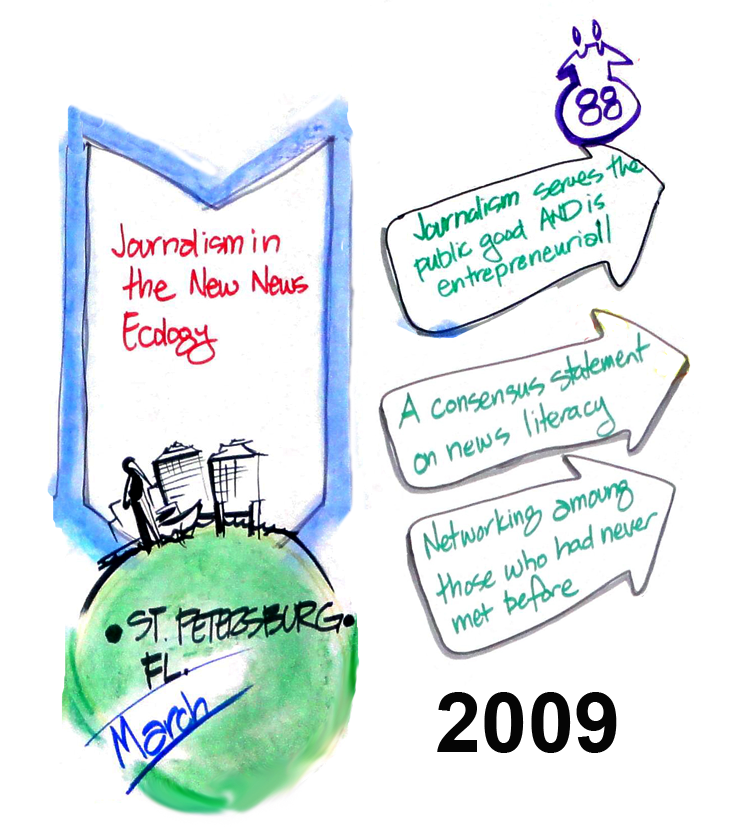 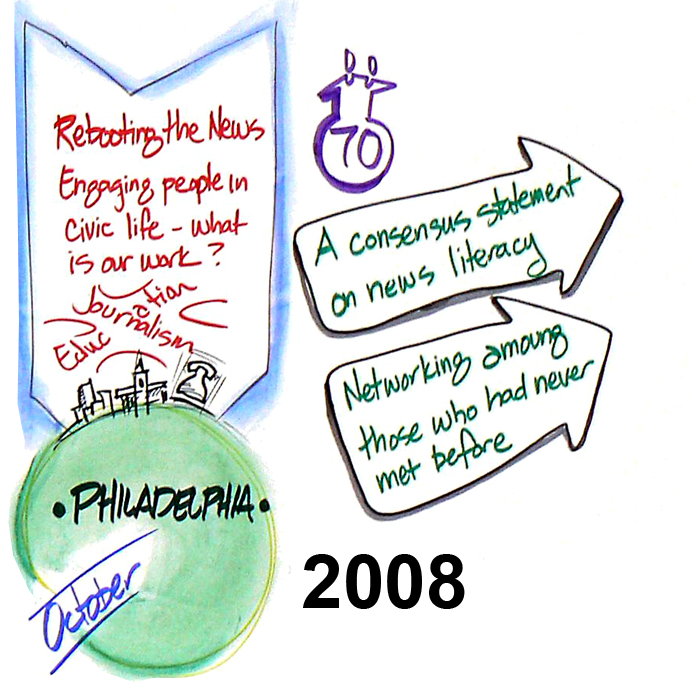 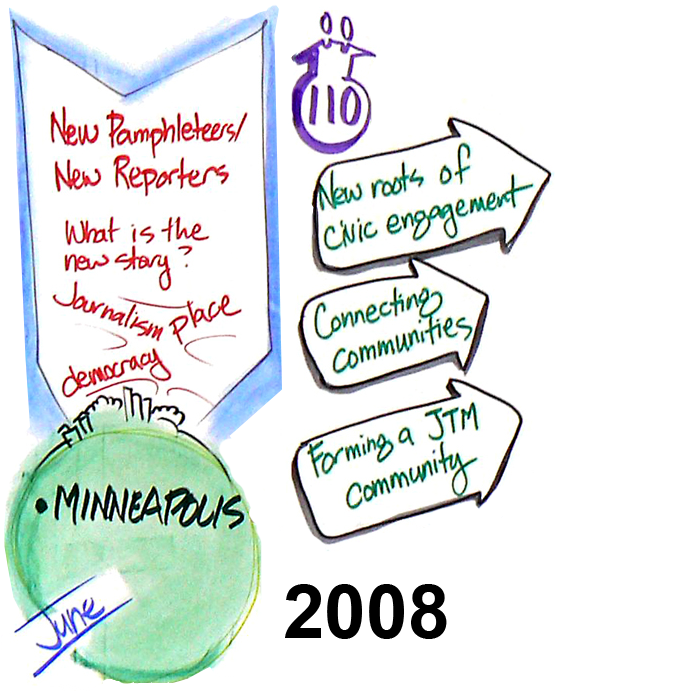 107 place-bloggers joined with mainstream journalists and others to consider their “passion for place”.

156 journalists, bloggers, technologists, media activists, journalism educators, journalism students, and others came together on the Yahoo! Sunnyvale campus to consider What is possible at the intersection of journalism and technology that serves democracy? 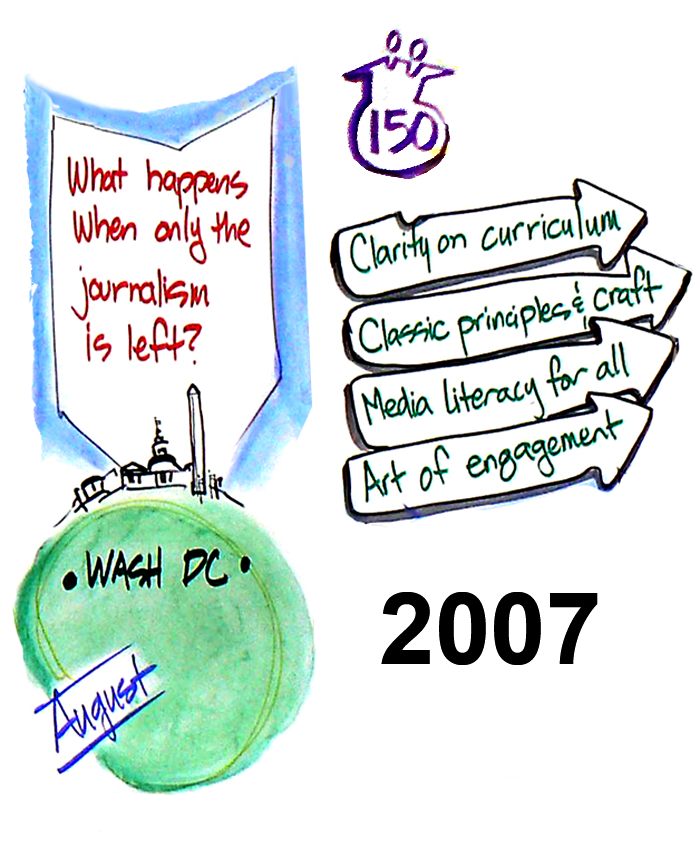 150 media educators, activists and industry veterans convened at George Washington University to examine What happens when only the journalism remains? 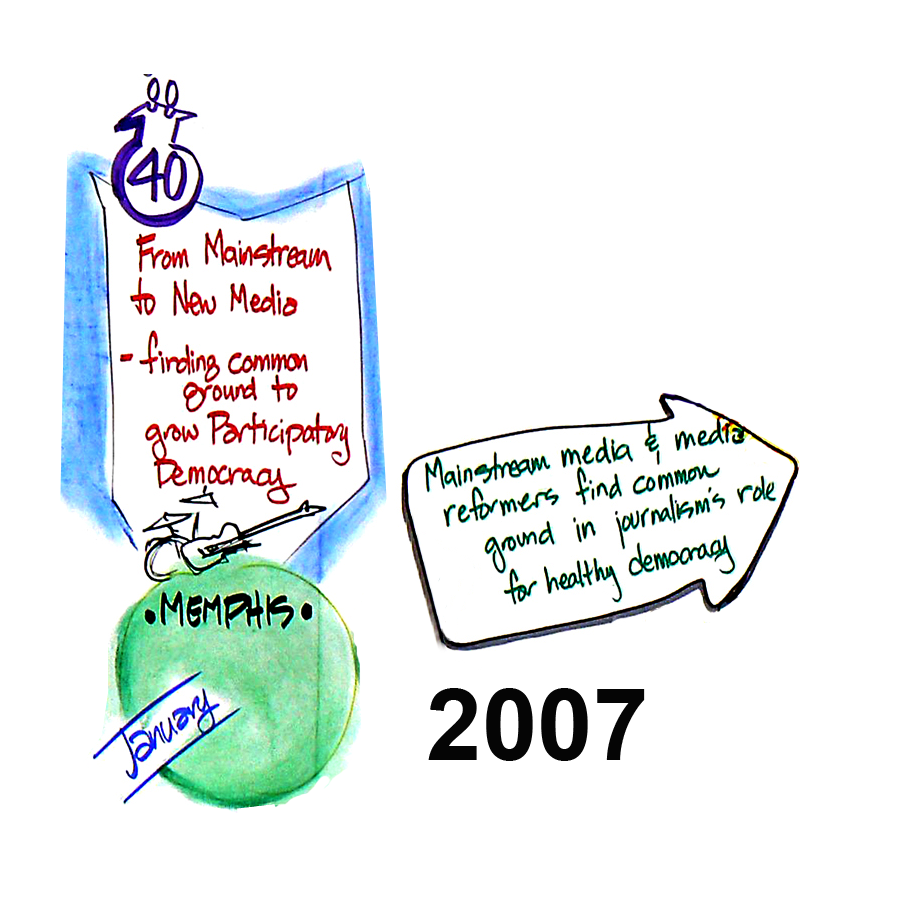 30 media activists, industry veterans, innovators and researchers convened side by side the Third National Conference for Media Reform 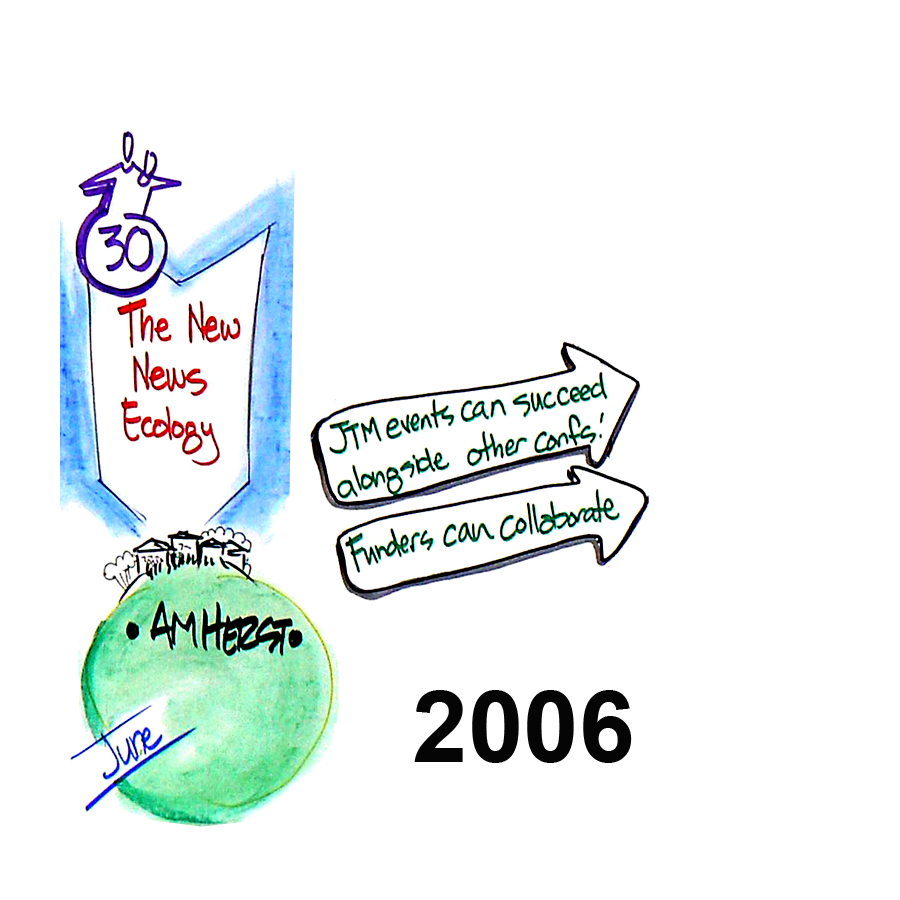 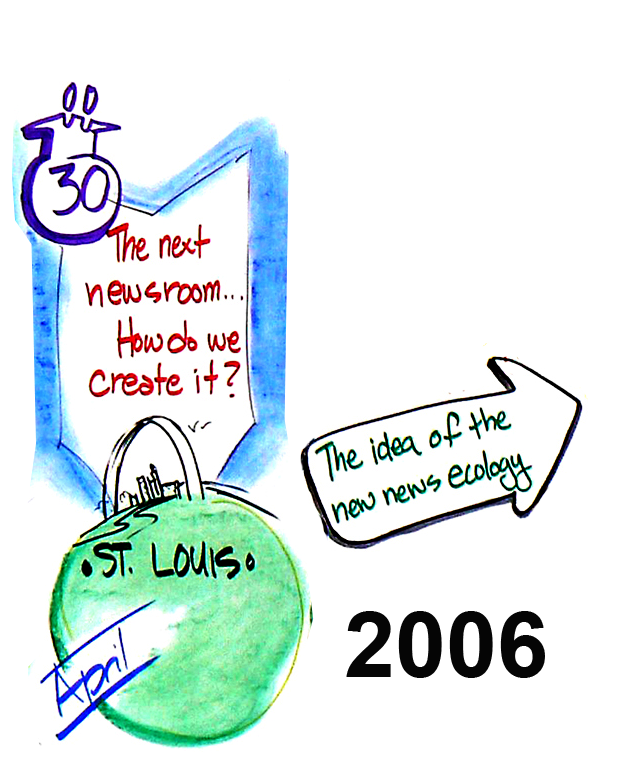 22 people passionate about journalism – professionals from print, broadcast, new media, both mainstream and independent, citizens, educators, a funder and a student – convened. 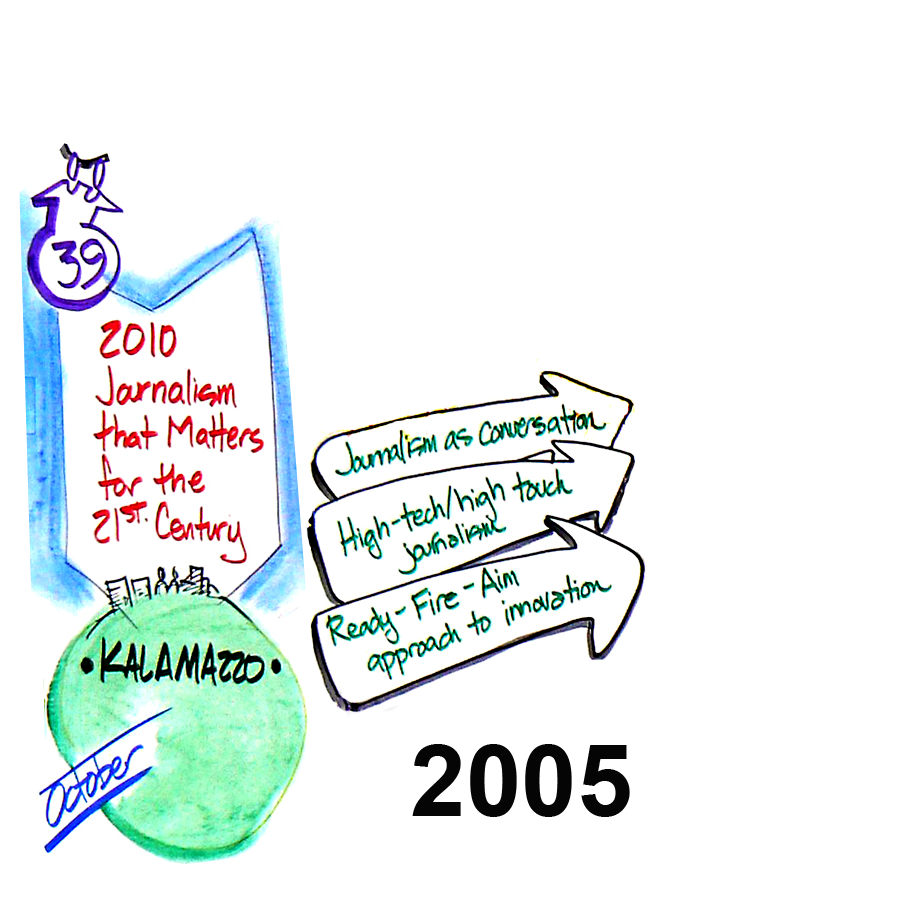 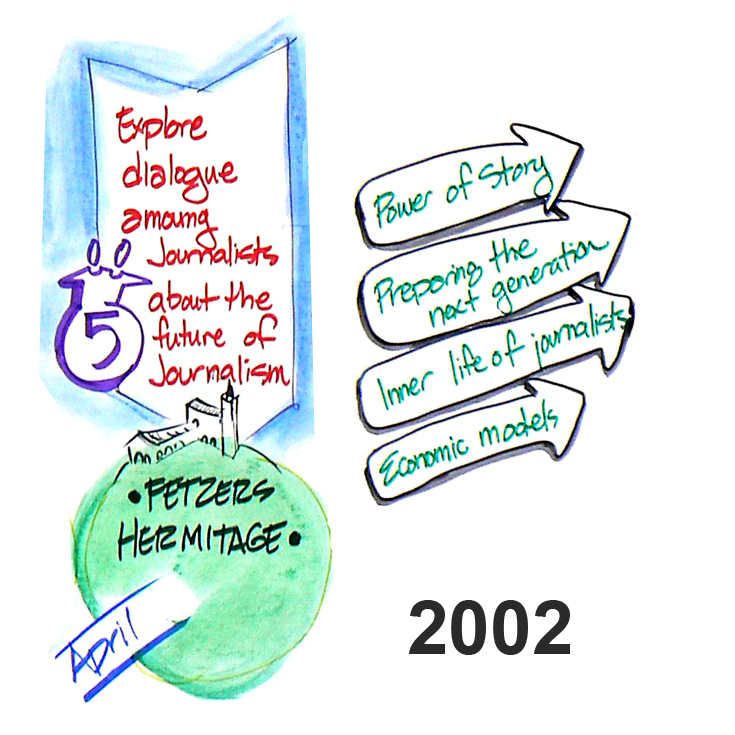 Hosted by the Fetzer Institute, 9 people met at the Hermitage in Kalamazoo, Michigan to consider the state of media. 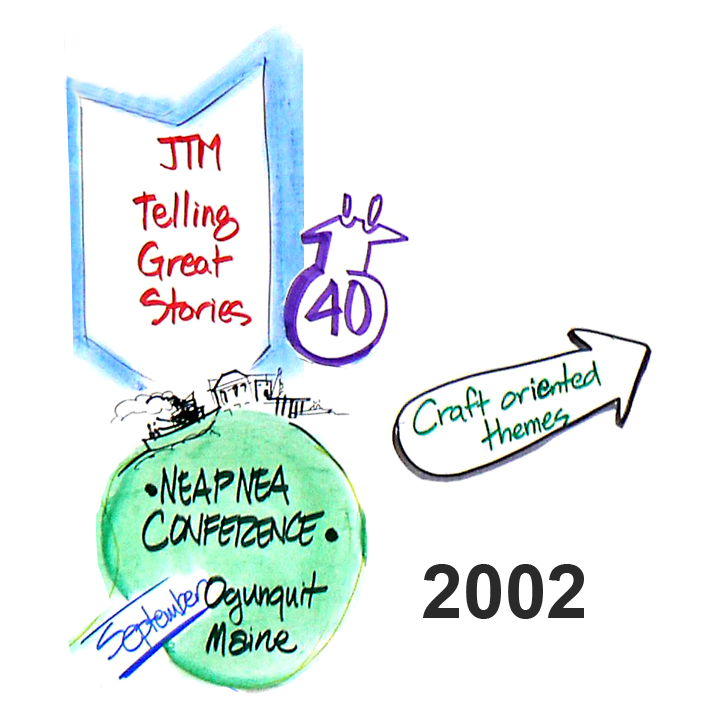 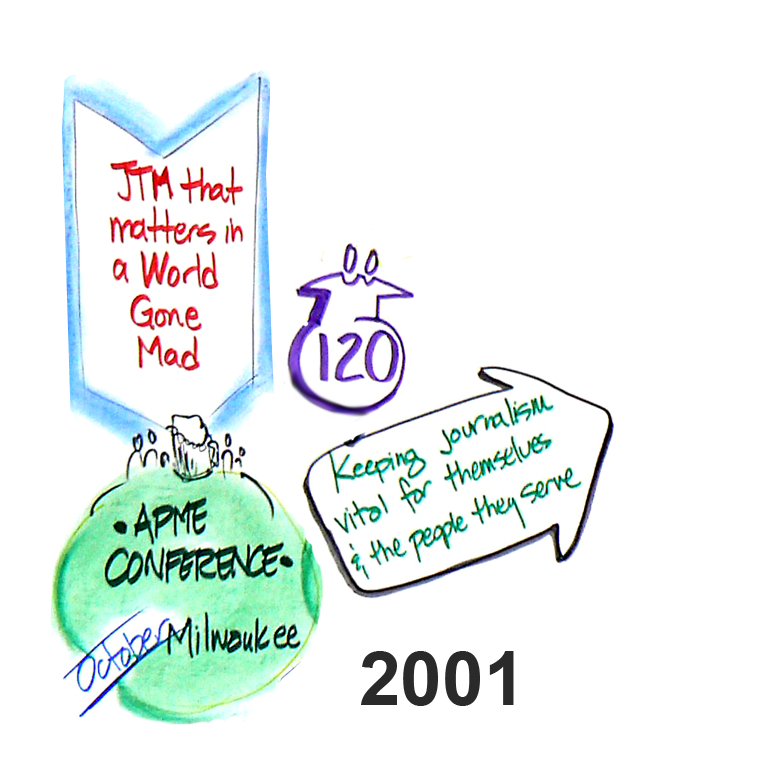 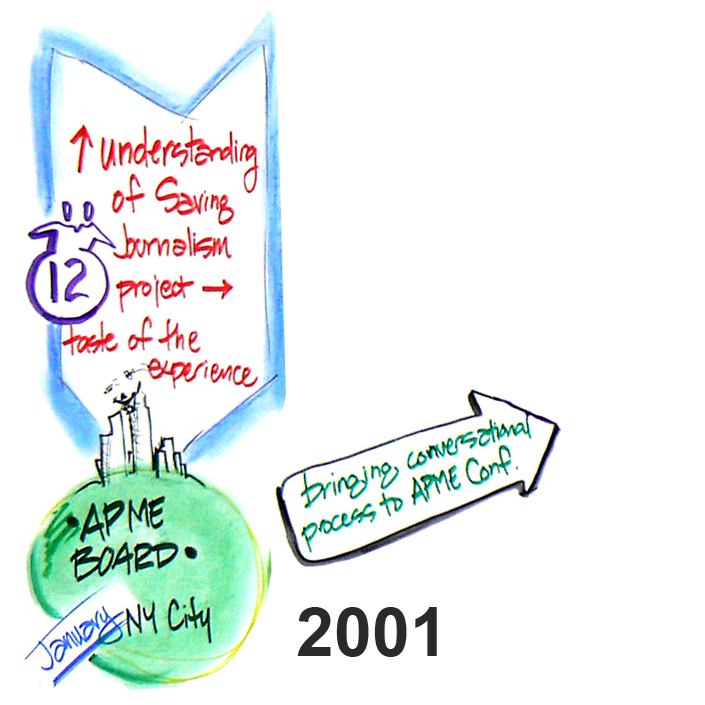 12 APME board members discussed How can APME serve journalists in serving the community?