Too open to #FAIL? 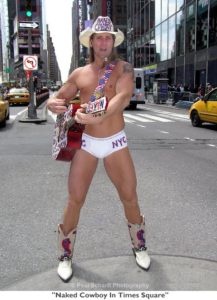 For his final month as a Reynolds Journalism Institute Fellow, David Cohn has boldly asked us to reflect on our failures for the Carnival of Journalism (which he’s now handing over to the rest of us for future months).

Cohn asked us to get personal and said that this was to be a safe space to share our failures. My first thought was on the internet…no one is safe.

So before I elaborate, I need to tell you all my personal failure, which is that after all these years of talking about blogging and the grassroots journalism revolution…I’ve never really blogged myself. That’s all starting to change, as I now blog professionally for The Washington News Council, The Seattle Journalism Commons, and Journalism that Matters, but the issue I want to address is WHY. All I had to do was sign up for this site and check the box that says I want a blog, and blammo! The internet now has some Caggiano blood.

To really understand my hesitation, you have to read up on Harvard genius Jonathan Zittrain, who writes brilliantly about the concept of reputation bankruptcy, a discussion that made the rounds after Google CEO (at the time) Eric Schmidt suggested in a recent Wall Street Journal interview that, in the not too distant future, “every young person…will be entitled automatically to change his or her name on reaching adulthood in order to disown youthful hijinks stored on their friends’ social media sites.” Well, for now, we don’t have that. Instead, if you do something stupid online, the universe eventually finds it and holds on to it until further notice. I know Facebook has privacy settings, but there are holes everywhere (when you post on a public page for example, or if someone else posts a picture of you. Plus all uploaded photos have permanent URLs even after you “deactivate” your account).

For a while I’ve been trying to sort out some cognitive dissonance in my brain. From one angle, I hear a lot of online innovators buzz about collaboration, building conversation, openness, transparency, etc…and I think, “Awesome I want some!” Then I remember those career counselors and corporate types talking about how your first impression might as well be your last if it’s not PERFECT. How you’ve got to PERFECT your elevator speech and then I start thinking “Oh gawd I need to censor myself or they’re all gonna laugh at me”

Unlike the 90’s world that I grew up in, you can’t just toggle “grown-up mode” on and off when depending on whether you’re around professional people. The truth is, you’re around them all the time online, and you have to pre-emptively behave like a grown-up or prepare to face unpredictable butterfly effect consequences during some future iteration of yourself.

So in the age of “fail early, fail often” my question is this…How can we transform society to go from

“Too open to #Fail” – where we are SO culturally open-minded that we can’t fail over the edge because others understand our failures as a stage of growing and are willing to seek deeper understanding before making that decision not to hire you, date you, or prevent a beautiful relationship from blossoming because of pre-emptive judgement.

I know that idealism gets swallowed up pretty quick by the real world, and I also know all the Malcolm Gladwell blah blah about snap judgements, but we are going to have to evolve somehow and learn to not be afraid of exposing our genitals by accident…because we all have them!

Posted in Uncategorized | Comments Off on Too open to #FAIL?

Welcome to Journalism That Matters. This is your first post. Edit or delete it, then start blogging!

Posted in Uncategorized | Comments Off on Hello world!